We recently enjoyed the marriages of two dear family members. King Louie's sister, Aubrey, and my cousin, Kelly, were both married in recent weeks, and we are so excited for them both!

In his sister's wedding, the King gave his sister away, which was a very special moment for them both. Baloo played "Here Comes the Bride" on the electric guitar, which was awesome! He downloaded a version by Queen, written for 10 guitar parts. He smushed them into one, as best he could, and this was the song The King and Aubrey walked in to. This is a picture from the rehearsal. 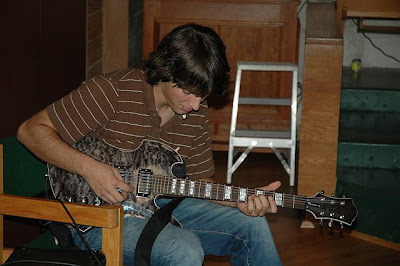 All five of the girls were flower girls in the wedding. It was so precious! My mom made them matching dresses, and they were just beautiful! Thank you, Mema!Here are a few pictures from the wedding. 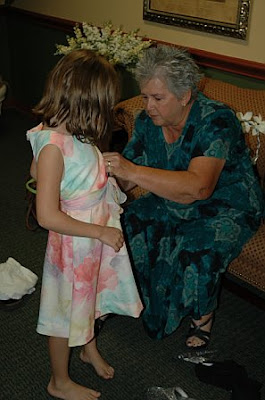 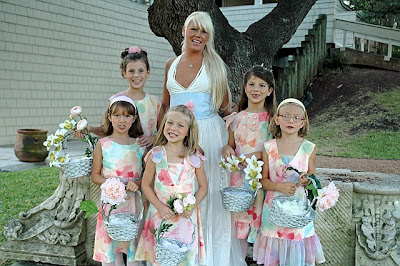 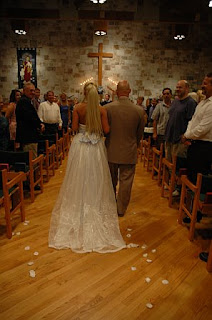 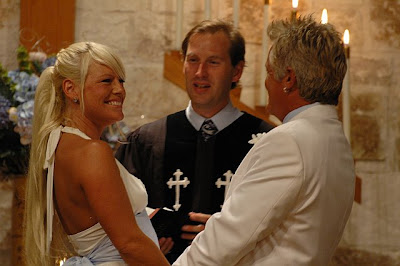 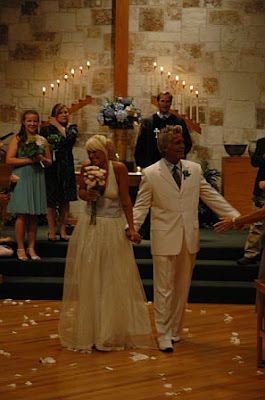 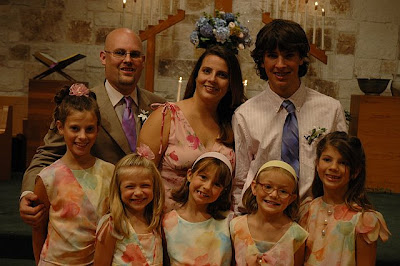 Getting everyone to look at the camera and smile, simultaneously, is a near-impossible feat. I though this turned out fairly well. 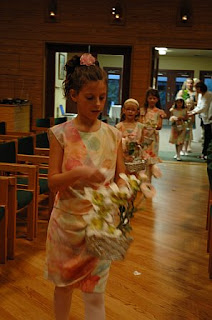 Flower girls! Now, the church did not want them to throw petals, even these fake ones. About 2 seconds after this picture was snapped, the wedding coordinator in the back, wearing the white shirt, will have a conniption when she looks up and sees the petals on the floor. :0) They were silk petals, lady! Chill out! 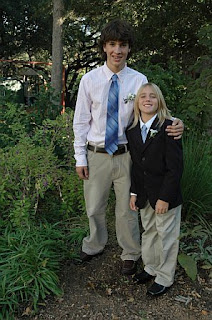 Baloo with Hunter, one of King Louie's younger brothers. Aren't they handsome? 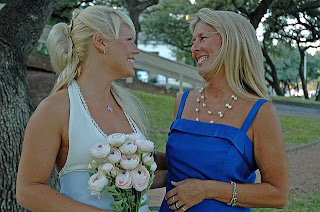 This is Aubrey with her and King Louie's mom, Grammaw Leicel. I love this picture! 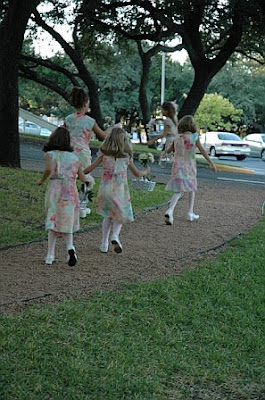 My five little girls, running off to a wedding. So precious. And in the blink of an eye, they will each run off to their own...

I love these pictures - so awesome to see family members that I haven't seen since, well, probably your wedding. Your family looks so truly happy and beautiful!